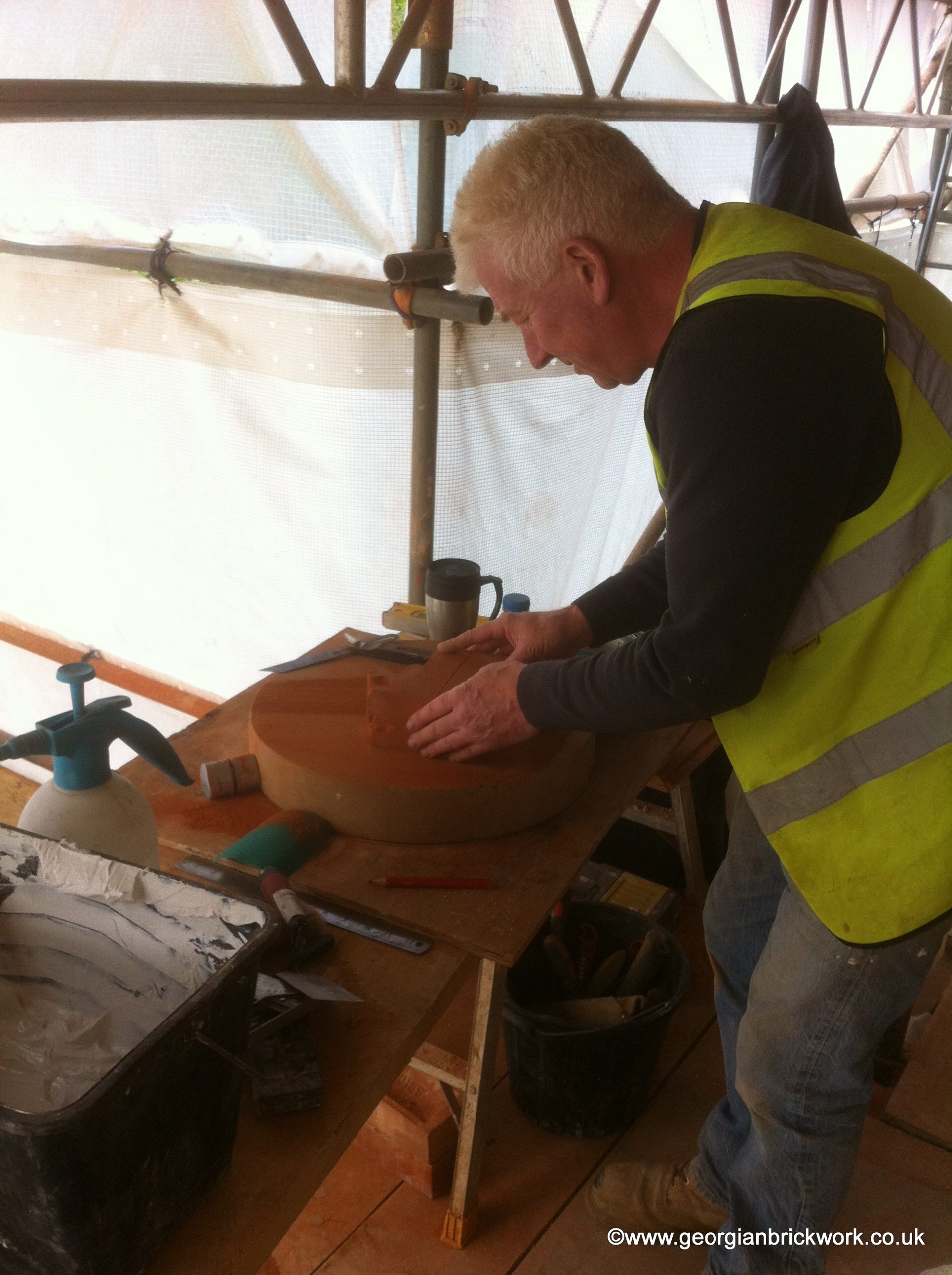 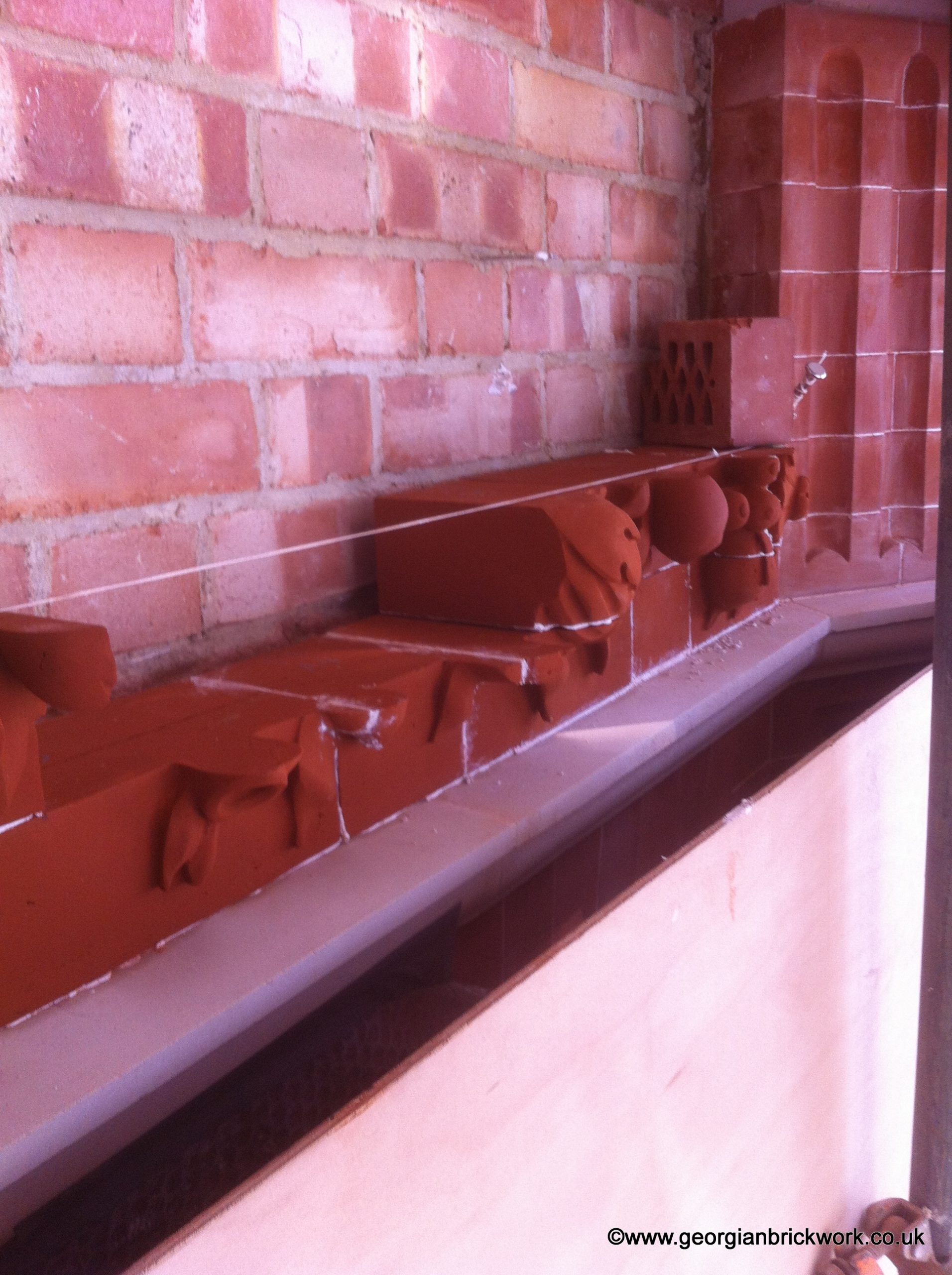 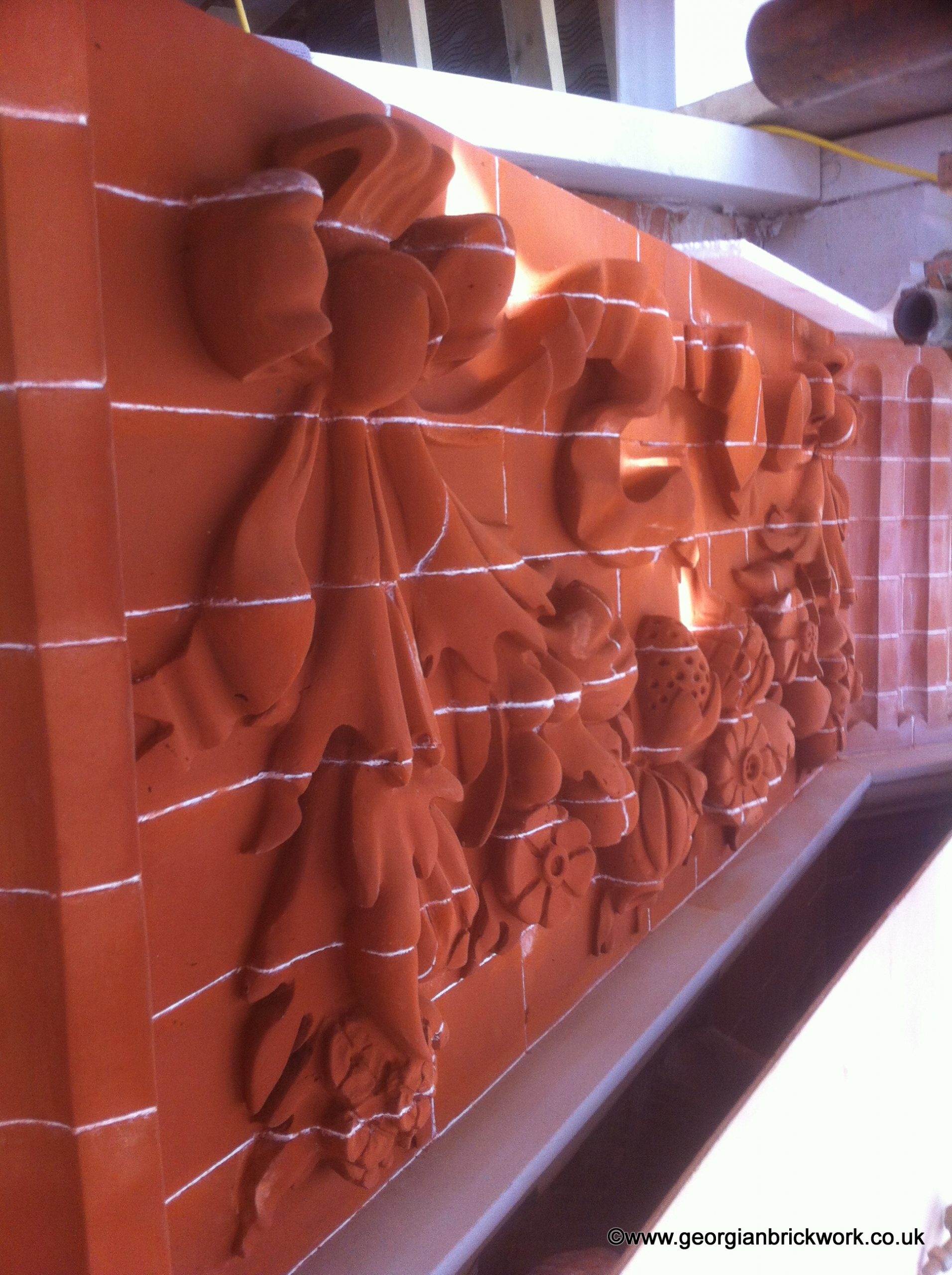 The Georgian Brickwork team were asked to support an ambitious project to restore and redevelop a building in one of London’s most prestigious squares, Cadogan Place.  The buildings in this square were designed by architect Henry Holland between 1777 -1791.

The project included an extensive plan to upgrade the whole building and provide two additional subterranean floors.  The Georgian Brickwork team were asked by the subcontractors Stonewest Ltd to rebuild the top two floors of the front elevation.

The logistics of the work were challenging, each individual brick had a number identifying its course and position in the structure. Attention to detail and forward planning were vital to ensure that the right bricks were in position as the build progressed.

Originally the eight panels would have been carved in situ by brickcarvers.  Over time these panels had deteriorated and, having been carefully dismantled, they were sent off site to be recreated.  The replacement panels were exact replicas of the originals and reinstating each panel was similar to completing a jigsaw puzzle -with each brick having a unique place in the carving.

The team completed the brickwork in under 3 months and the top two floors of the building are a stunning testament to their workmanship.  They have  recreated a facade that has integrity with the original design conceived by Henry Holland, using the same methods as practiced by craftsman bricklayers over 200 years ago. 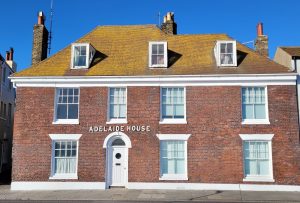 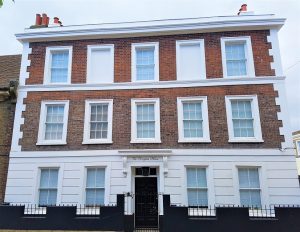 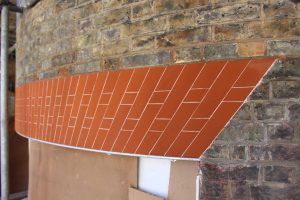